In October 2008 a 15 year old gelding developed foul smelling left nasal discharge. The referring veterinarian put him on antibiotics which improved but did not resolve the discharge.  Radiographs showed fluid lines in the left maxillary sinus as well as abnormalities on the roots of the first molar. 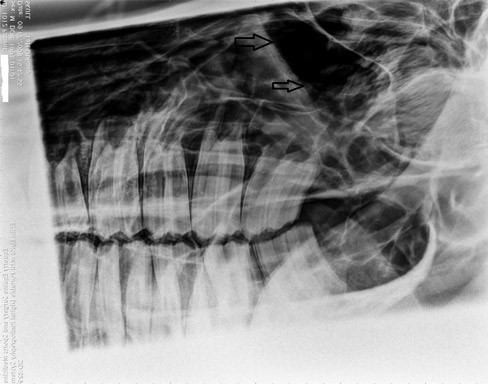 The left upper first molar was removed. The horse was discharged with a long course of antibiotics but the discharge did not completely resolve. In November a standing flush of the sinus flush was performed and repeat radiographs taken.  Radiographs showed complete removal of the tooth and faint fluid line in the maxillary sinus. 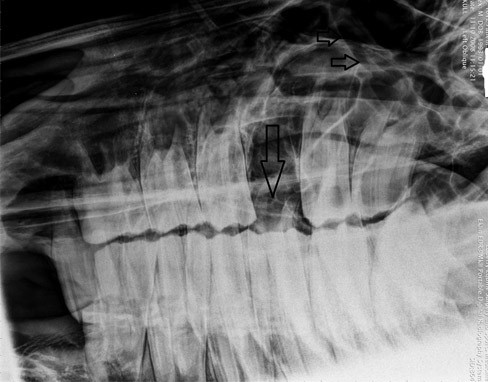 The owner reported that all discharge from the left nostril resolved in December 2008.

In January of 2016 at age 23 the gelding began to develop swelling under his left eye. Two referring veterinarians were consulted who felt the swelling was consistent with trauma.  There are three causes of bony facial swelling in horses: 1, Infection (abscess); 2, sinus cyst and 3, cancer.  Radiographs identified a smooth soft tissue mass filling the left maxillary sinus consistent with abscess or cyst. 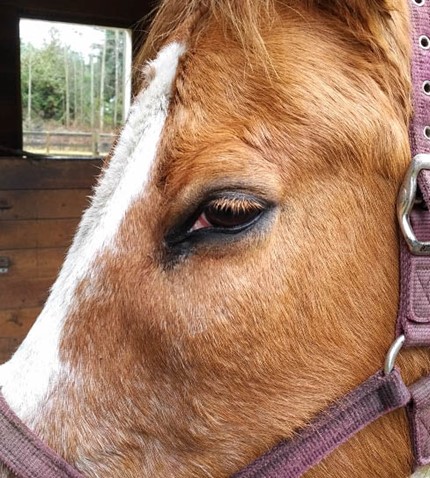 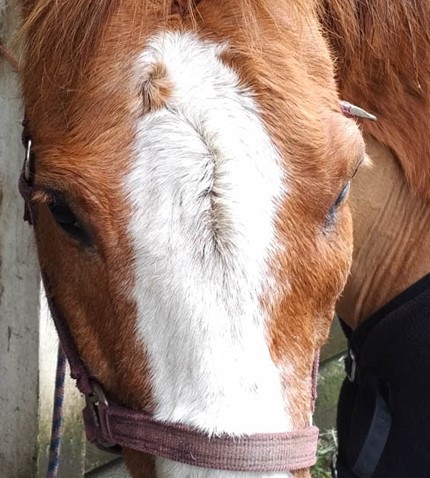 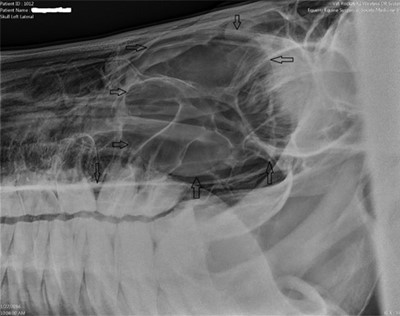 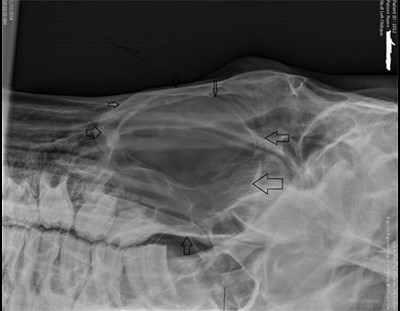 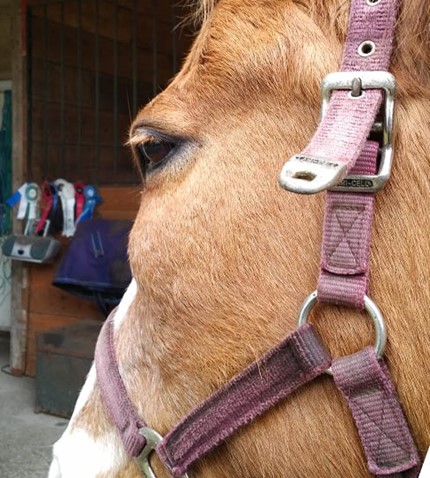 The horse was taken to surgery to perform a maxillary sinus flap and debride the mass. A large sinus cyst in the maxillary sinus with a secondary abscess in the frontal sinus was debrided.  At the completion of the surgery the sinus was packed with 50 feet of gauze. 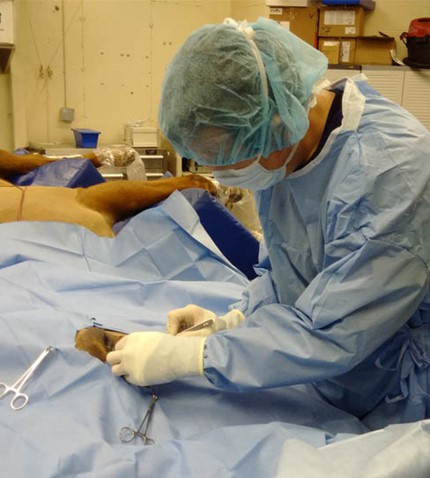 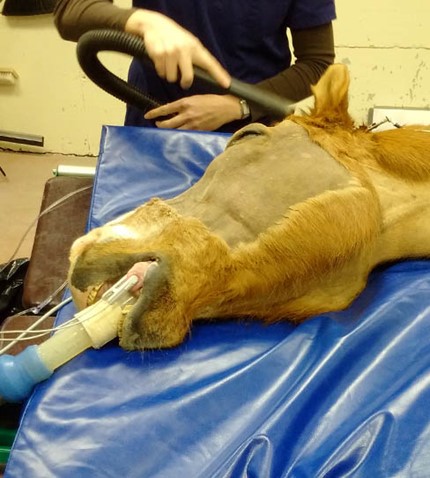 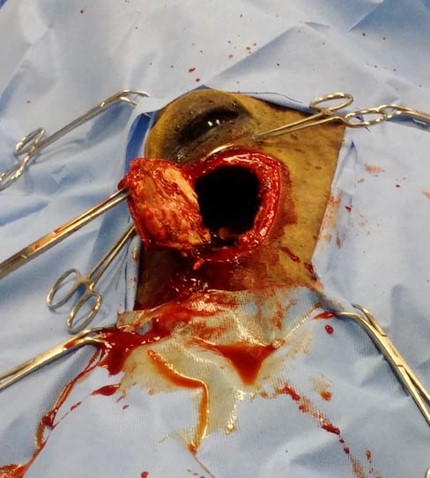 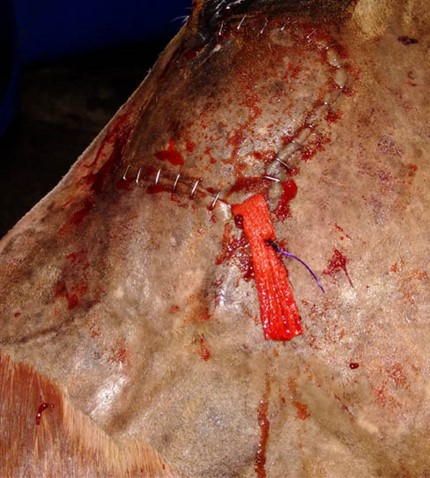 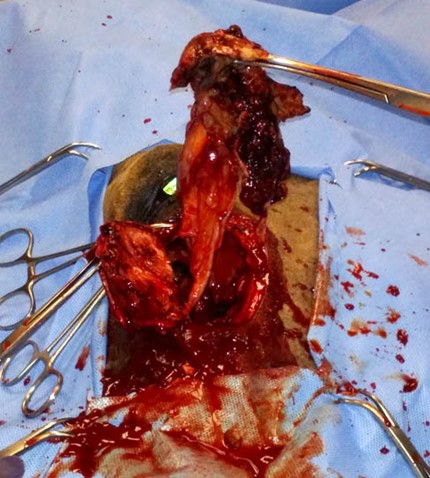 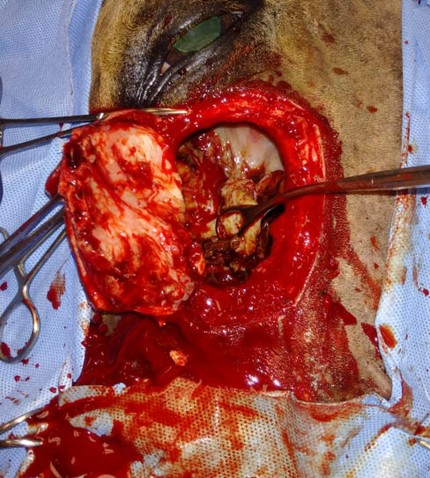 The horse recovered well from surgery. The packing was removed the next day and he was discharged with a good prognosis for full recovery, however, the bony swelling will likely remain. 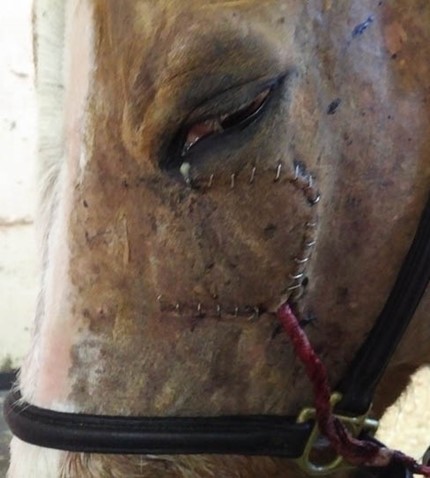 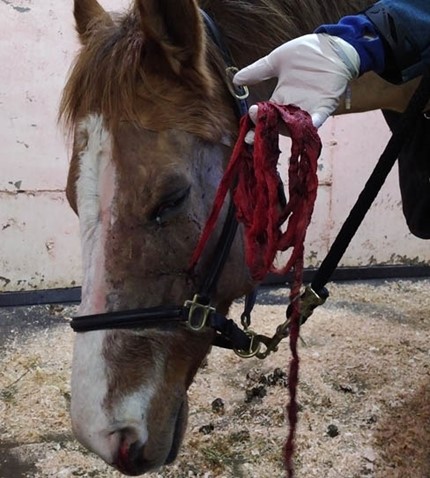